Call to schedule your FREE Consultation:

Call to schedule your

Call to schedule your

"Attorney Elliot Zinger Will Fight For You!" 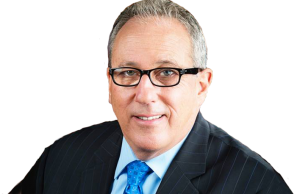 Mr. Zinger began his legal career as an Assistant Public Defender in Cook County, trying hundreds of criminal and civil cases. As an Assistant Public Defender, Mr. Zinger handled approximately 15 appeals in criminal cases (mostly First Degree Murder), including the notorious murder case of People v. Patricia Colombo, decided in the Supreme Court of Illinois circa 1983 (and later argued by then Public Defender James J. Doherty in the Supreme Court of the United States; the legal issue that Zinger developed was the only issue raised by Mr. Doherty in the U.S. Supreme Court).

After his tenure as an Assistant Public Defender,  Mr. Zinger spent the next 35 years in private practice handling complex criminal cases, personal injury cases and civil rights cases. In his first Federal Civil Rights trial, in 1986, Hughes v. Pascente, 86 CV 8639, (Hon. Judge Prentice Marshall, presiding),  Zinger won a $410,000 jury verdict ($160,000 compensatory, $250,000 punitive) in a Sec. 1983 case where plaintiff was beaten with a flashlight by a Chicago Police Officer. The City offered $15,000 before trial.

The following is a summary of civil and criminal cases handled by Mr. Zinger’s firm:

For the past 5 years, Mr. Zinger’s firm has represented five prisoners in State custody alleging that they were tortured into making false confessions and wrongfully convicted of murder. Four of the murder cases are still pending before various judges at 26th and California. People v. Gerald Reed, 90 CR 25846, will be tried before Judge Thomas Gainer this fall. All five prisoners have entered into contracts with Mr. Zinger’s firm to represent them in wrongful conviction 1983 litigation as well as post conviction work and in hearings before the Illinois Torture Inquiry and Relief Commission.

In one of the torture cases , People v. Mark Maxson, Mr. Zinger was able to get his client’s conviction overturned in September of 2016. The DNA testing we were able to obtain for our client revealed the identity of the actual murderer, some 25 years after the crime was committed. Our firm filed a Sec. 1983 Wrongful Conviction case in October of 2016, Maxson v, Dwyer, et al, 16 CV 9417, seeking $36 million in compensatory damages and $18 million in punitive damages.

In Kecala v. Farmer’s Insurance,  Mr. Zinger represented a board certified psychiatrist who suffered a traumatic brain injury in an automobile accident. The matter was tried by Mr.  Zinger before an arbitration panel and resulted in a $1,875,000 verdict for Plaintiff.

In the case of Leakia Robinson v. C.H.A. et al., the Mr. Zinger’s firm settled a traumatic brain injury case against the C.H.A. for $1,250,000. after a board (with a protruding screwdriver) from a window in the projects fell upon the child, Leakia Robinson’s, head.

Mr. Zinger settled a ERISA brain injury case for $1,115,000 on behalf of a board certified anesthesiologist, In Re Amy Robbins, M.D., of Montefiore Hospital in New York. The Plaintiff suffered disabling cognitive injuries as a result of medication she was taking to combat the Hepatitis C virus.

In Natkin v. Oprah Winfrey, 99 CV 5367, two Chicago area photographers, Paul Natkin and Stephen Green, sued Oprah Winfrey in Federal Court for copyright infringement and the rights to a collection of some 60,000 photographs detailing the history of “The Oprah Winfrey Show.” In the case, Mr. Zinger won what Chief Judge Ruben Castillo referred to as a “landmark victory for the rights of photographic artists in America.” The photographers won the rights to all of the contested property in a published summary judgment decision; the remainder of the case was favorably settled under seal several days into the jury trial.

In 1997, Mr. Zinger tried the Sec. 1983 wrongful death case of Ayers v. Robinson, 92 CV 7815. The case was tried before a jury before Hon. Judge James B. Zagel. The case arose out a police shooting of a 17 year old Englewood resident by an off duty Chicago Police Officer.

Mr. Zinger tried the Sec. 1983 False Arrest and Wrongful Eviction  case of Miller v. Washington, 11 CV 1520, before a jury, the Hon. Matthew F. Kennelly, presiding. The case resulted in a verdict against two of the citizen Defendants for $105,000.

Mr. Zinger settled a Sec. 1983 police brutality case entitled Mendez v. Rutherford (Mr. Mendez was beaten by the police in front of his young daughter) in the Northern District in the late 80’s  for $120,000.

In March of 2008, Mr. Zinger appeared in the Sec. 1983 case of Aaron Patterson v. Jon Burge, 03 CV 4433, on behalf of the Plaintiff Aaron Patterson, filing a Petition for Writ of Habeas Corpus on his behalf before Hon. Judge Joan Gottschall.

In United States v. Jessie Daniels,  Mr. Zinger won an acquittal for his client, Jessie Daniels, after a week long jury trial in the Federal District Court in South Bend, Indiana. Mr. Daniels, a union official, was charged with Embezzlement of union funds.

Mr. Zinger has  litigated approximately 20 criminal and civil appeals during his career; most recently having the DUI conviction in People of the State of Illinois v. Sonia Barrios, 14-3891, overturned by the 1st District Appellate Court in a unanimous decision.

In United States v. Royce Dyslin, was tried before a jury before Judge Hon. Judge William Hart in the Northern District. The Fraud case we tried to verdict resulted in Defendant’s conviction. However, after trial, Defendant was sentenced to a period of probation, whereas the U.S. was seeking incarceration before trial.

Mr. Zinger tried  the case of Rozwadoska v. Polish National Alliance, which was the first civil employment case alleging a violation of the Illinois Indoor Clean Air Act. Ms. Rozwadoska was awarded in excess of $100,000 for a retaliatory discharge for reporting her respiratory illness contracted as a result of second hand smoke.

Mr. Zinger was lead counsel in a highly publicized Aggravated Criminal Sexual Assault case in 2007 before Hon. Judge Garrett Howard in Skokie, Illinois. The case was tried before the bench and resulted in Defendant’s acquittal.

Mr. Zinger has also been involved in approximately fifty murder cases and hundreds of felony, misdemeanor and other civil cases during his career. Among them are People of the State of Illinois v. Hung Seouk Koh, (Judge Garrett Howard) tried in Skokie Illinois with co-counsels from Jenner & Block. Mr. Koh was acquitted despite giving a videotaped confession to the murder of his son in his home in Northbrook, Illinois.

Other notable First Degree Murder cases where Mr. Zinger was lead counsel include: